My trip to the doctors office.

So, I went to the doctors office for a "check-up" and the nurse took my blood pressure and the nurse was impressed with it (111/76) and I told her I was a vegan, and a lot of times, vegans have lower pressure than non-vegans.

Her response, what is a vegan?

I mentioned to her that I don't eat anything from an animal.

She than asked "do you eat fish?"

Now what about "I don't eat anything from animal" did she get that I can eat fish? Sort of weird. But then she goes on to tell me that her daughter is a vegetarian, BUT eats chicken and fish. That she doesn't eat red meat.

Now isn't that just someone who just avoids red meat and not someone who's a vegetarian. Arn't chicken and fish considered meat?

I have dated a few men here and there this year, but I am still on the look out for a vegan boyfriend. Anyone interested? 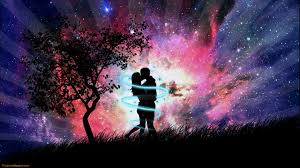 Well, its been a great year. I have had a lot of mishaps, but I think overall it was an amazing year. I learned a lot.
This is also the year that I have officially became a vegan! A few years back I ventured into veganism here and there for a few months, but never really stuck to it. But this time around I am determined to make it stick :)

As the new year comes around, I have a few resolutions of my own:
1. Become more knowledgeable about my veganism, really get to know the roots and culture of veganism.
2. Go to more Meetup groups about veganism. And I shouldnt be afraid to go by myself. After all...I may just meet someone!
3. Attempt to cook more than just vegan mac and cheese. I have an amazing selection of cookbooks, and yet, I only flip to the mac and cheese section.
4. Race in the Shamrock Shuffle 2011!!

Lets hope I can stick to them, unlike the previous years! LOL.

Happy New Year everyone!
Posted by Sarah at 5:43 AM No comments:

I was excited to have my mom buy my very first Tofurkey! But the buying was one of two good things about Christmas dinner.

My mom, who has never cooked a tofurkey (neither have I) attempted to read the directions and preceded to cook it. Well that didn't turn out very good at all. My mom seemed to have over cooked the outside and undercooked the inside. She also forgot the gravy and then left it out for about 2 hours while the tofurkey "cooked" And of course, my potatoes didn't cook fast enough and I ended up eating them about 15 mins after dinner was pretty much over.

I did however sliced a tomato up and added some dulse flakes mixed with garlic to them. They were the best part by far!

Alright, well truth be told, I am not a fan of Christmas. I hate the presents, the forced friendliness, crowds, grumpy people, traffic, etc...

And it didn't get any easier this year around.

I work at a grocery store in my town and I work in the bulk department which is the nuts, trail mixes, granola, spices, and dried fruit. So I don't really have to work with non vegan items that often. BUT since it was the holidays I was forced to work in our meat department on the 23rd and 24th. Yikes! Let me just say...it was beyond gross and upsetting. Gross for the fact that I had blood and pieces of meat on me through out the day and upsetting because my managers know how I feel about meat and clearly know I'm a vegan.

I had to help a customer with veal scallopini, many customers in fact. I almost cried when I picked up each piece and placed it on the scale. I kept picturing the image of a baby cow chained into a little dark pen for his very short life. It was pretty horrible, and if I didn't need my job, you know I would have said something. How could so many people support the lesser of evil? Maybe people don't know...

I also had to help a customer get a whole fryer chicken. Now, even when I was a meat eater, I never liked handling anything with bones or even the entire headless corpse of something. So, to say the least, it was pretty disturbing. Even the customer noticed and said "wow, you must not like handling that chicken!" And I would like to mention, one of the fryers in the case had its trachea sticking out still...YUCK!

After working 2 days in the meat dept, my body ached! Lifting those prime rib roasts was very hard, some of them weighed 17 pounds! I couldn't believe some people would pay that much for a dead slab of meat?!

Thank God the holidays are pretty much over!
Posted by Sarah at 5:56 PM No comments:

I just watched the movie Earthlings. I can say, that I pretty cried through the entire thing. I was stricken with many emotions during this movie. Hate, anger, sadness, aggression, sickness, and many others.
How can someone know that this stuff is going on, yet they don't change or do something about it? Makes me pissed! With all this info, how can someone still want to eat meat or wear leather and fur?

It was also really disturbing how they treat animals in the non "food" related scenarios. Like rodeos, bull fighting, shelters, and entertainment.

If you have not seen it, I for sure would. I can go on and on about how awful it is, but its truly something you need to watch yourself.

**Caution, there will be some graphic scenes in it, so please be aware!
Posted by Sarah at 8:04 AM No comments:

I had picked up this book almost 2 years ago (On my first vegan try) and finally finished it about 4 months ago. Loved it! Written by Erik Marcus, this book goes into depth about how the meat industry tortures and kills their "victims", the health behind the vegan diet, and yes even environmental issues that surround the meat/farming industry.
In this book I discovered the work of Dr. Dean Ornish. A medical doctor who found that a diet rich in plants and a more healthier lifestyle can reverse severe heart disease. WOW!!
This book also goes into great stats and stories about veganism and how adopting a plant base diet has saved lives, like Werner Hebenstreit, who had severe heart disease (among other ailments of sickness) and after he met with Dr. Ornish, he changed his life around and reversed all his symptoms.
And this is where I first heard about "Farm Sanctuary". This sanctuary is a place for abused and rescued farm animals. It was started by a husband and wife team who at the beginning of it all rescued a sheep from the "throw away pile", a section of animals that had been left to die because they were too tired or dehydrated or too scared to walk off the slaughter truck. They found her among the already dead and took her to the vet. What was wrong with her? Just dehydrated. Nothing more. We learn that they saved the sheep (who's name is Hilda) from death. Cute story :)

I for sure recommend this book for anyone who is just entering veganism. Some parts will make you cry, laugh, be excited, and even get you angry, but it will be a rewarding and knowledgeable experience. I even loaned it to a co-worker who is a meat eater, and even he was surprised at the truth of the meat/farm industry.
Posted by Sarah at 5:02 PM No comments: